Newspapers across the globe are moving increasingly online and in many cases behind pay walls. But with so much free content to compete with, how do regional titles provide unique and relevant insights as well as ongoing value to their readership?

Philippa Gerrard is a journalist at the Press and Journal in Aberdeen, Scotland. Established in 1747, the “P&J” is Scotland’s oldest daily newspaper – in fact one of the oldest newspapers in the world.

Philippa had been researching an autumn online series on Scots language since the summer. “Spikkin Scots”, would focus on the language and regional dialects around the country. The final article would be a long form online editorial piece about the 13 different main regional dialects from around the nation. She had consulted world experts – including the Scots Language Centre and linguistics specialists at Aberdeen University. In fact, her article would become the largest ever piece of research into Scots language by a daily newspaper. 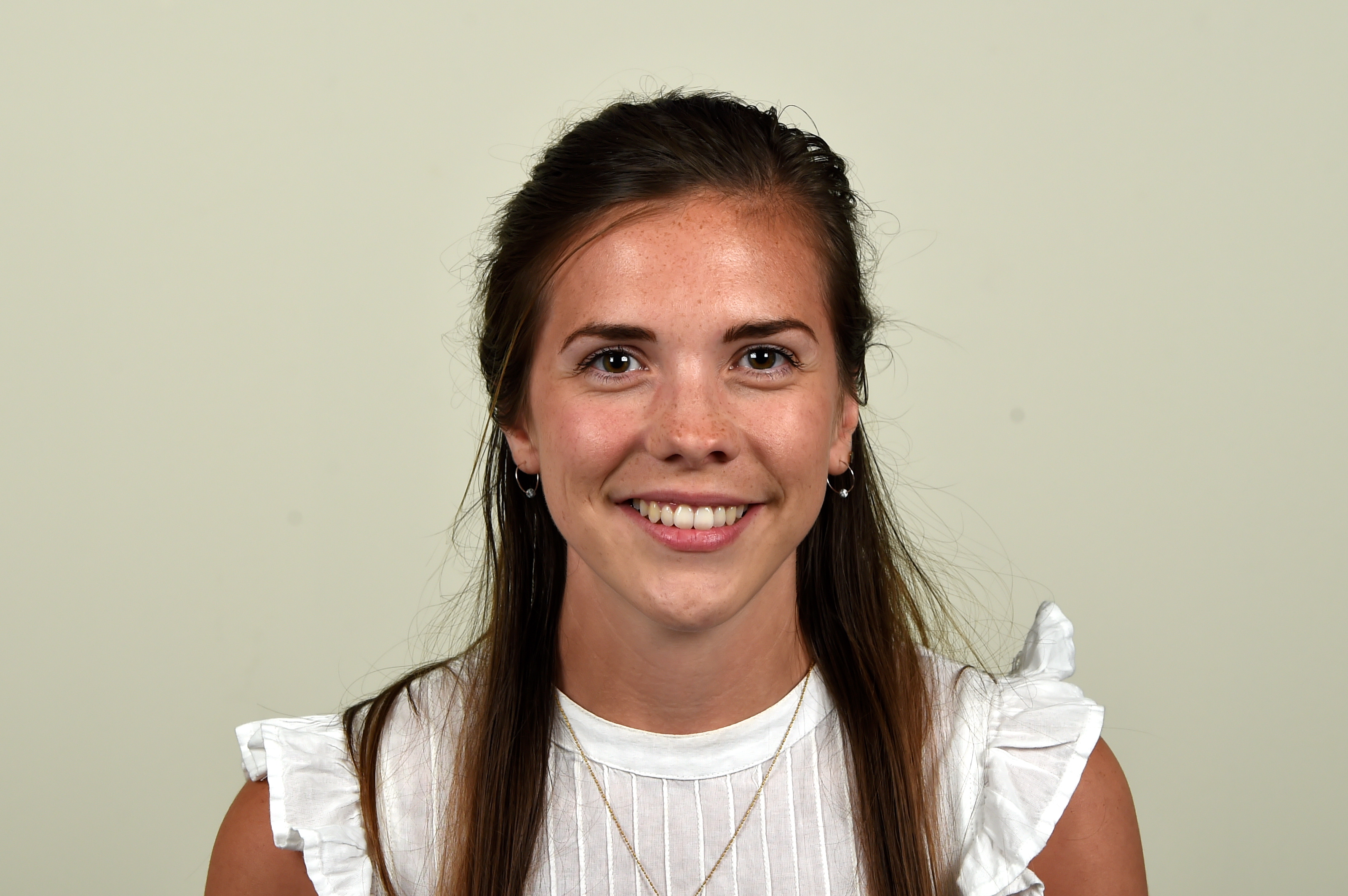 But Philippa realised that something vital was missing from her final feature – the sound of the language itself. As she points out: “Scots is a language you hear…so I asked myself: how can we present this so people can hear it?”. She put out a call for Scots speakers to record themselves speaking their local dialect or accent, and was immediately contacted by many keen volunteers. Each was asked to identify a few words, phrases or characteristics typical of their area to form the basis of a short recording. Philippa realised that with these audio clips she had the chance to make something so much more impactful than a plain copy article.

“The multimedia aspect is really important now – readers won’t accept just flat copy online. For a long time they’ve been getting their online content for free, but now we’re beginning to ask them to pay. And as a paying subscriber, they’re asking “Am I getting value for my subscription?” – Philippa Gerrand, journalist, Press & Journal

Ideally, she wanted to create a truly interactive and engaging article which would locate each recording on a designed and branded map, with clickable tags, each provided with a helpful transcript…all of which had to be embedded in the paper’s website and be fully trackable, so the media team could monitor how it performed. Luckily a colleague had seen ThingLink in action and knew it ticked every box. The P&J graphic design team quickly created a branded map on which each regional tag was pinned with text and audio, and the piece was ready to go.

Readers could click on each tag to listen to someone explain the evolution, local words, phrases and nuances of the area’s dialect whilst speaking in that very same regional dialect and accent they are describing – far more evocative than any written words! 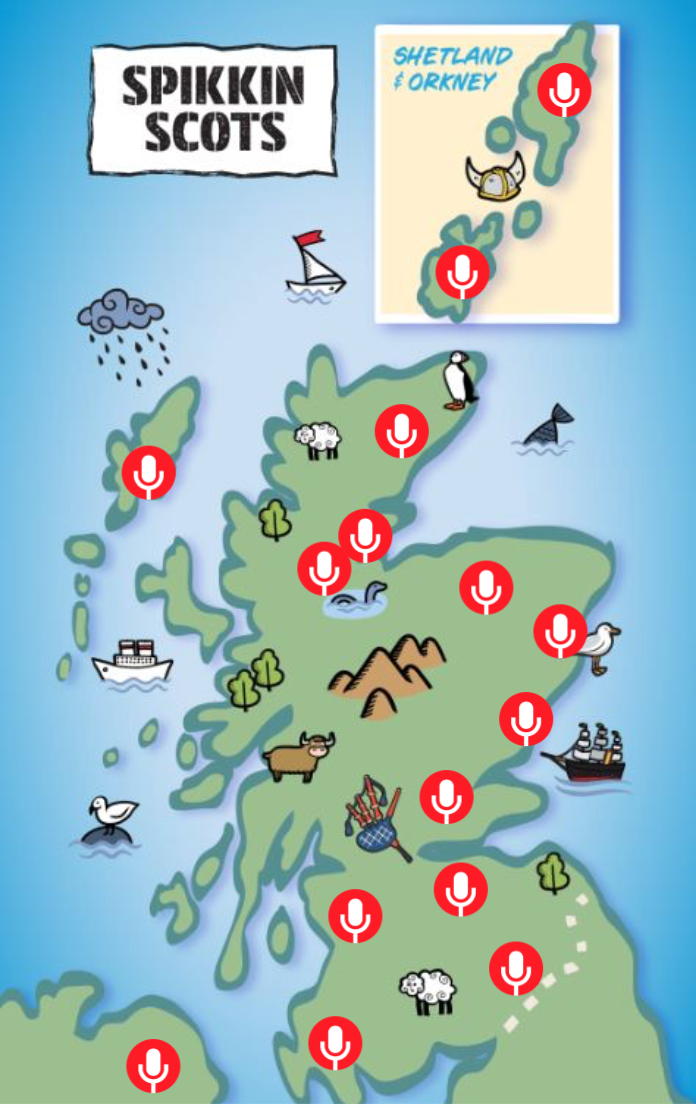 The results and reach surprised the media impact team at P&J. They were much better, and more international, than Philippa and her colleagues could have ever imagined. When the article was shared on social media in December it started to go viral, shared hundreds of times, and attracting hundreds of positive comments and interest, initially from Scotland and the rest of the UK, and then from all over the globe.

At time of writing, in only 10 weeks the interactive thinglinked map has been viewed almost 130,000 times all over the world – from Argentina to Zambia. In fact, Google Analytics shows relatively few parts of the globe that it hasn’t reached: in the map below the countries where it was read are coloured green. It became such an extraordinary international success that Philippa wrote another article in February on just how far it had travelled. As well as impressive reach, dwell time was well above the normal level.

“The amount of time that people were spending on this interactive map was far more than they would spend on a typical piece on the website. The analytics showed that people who were clicking on it were really engaged with it and spending a long time on it.” 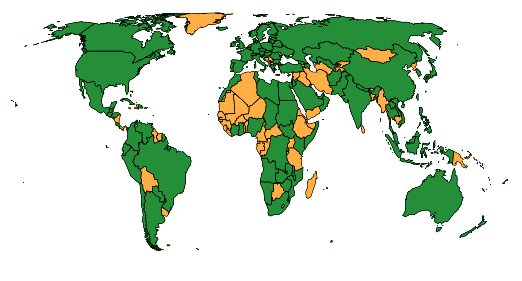 The stats speak for themselves

Following the huge international success of the interactive map, the Press and Journal is now working on a much larger interactive feature, in which ThingLink will bring alive the culture and characters through the centuries of Aberdeen’s main thoroughfare, historical Union Street.

“We want to be a lot more intentional with what we’re putting online – to offer more analysis and deeper insight on how it’s going to affect our readers specifically. That’s where multi-media tools like ThingLink come in. They offer that opportunity to be more analytical – to offer readers that little bit more that they won’t get elsewhere.”

“We really like to think about what readers will enjoy and what they will respond to…this turned out to be a real success…it seems that people really enjoyed the interactivity element of it,” says Philippa Gerrard.

The full Press and Journal Case Study in a PDF format is available here. If you have any questions about the use of ThingLink in publishing and marketing please get in touch, email sales@thinglink.com

work harder and make a global impact – ThingLink it!